A symbol of knowledge is light as we discussed in Swedish. Others are an apple and seed, and of course fire or flame as in the ancient Greek story about Prometheus.

The apple is not only used in the story of Adam and Eve, but also famously about how Isaac Newton came up with his theory of gravity. What’s the myth? (What’s Newtons visual explanation of gravity, what is Einstein’s?)

The Enlightenment saw the first newspapers, like The Tatler. Political satire, as in A Modest Proposal, where Swift suggests the eating of Irish children as a solution to poverty, became popular. But also caricature like in the famous work of Hogarth, an Enlightenment artist (Google his name and have a look at his art if you like, example below) 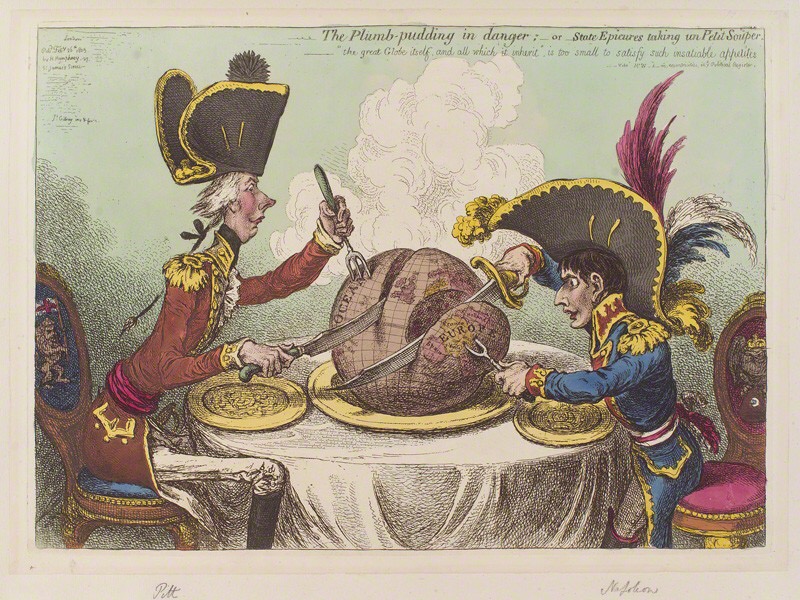 Who are the guys in the caricature? What are they up to?

Summarize the basic story of Prometheus and post a link to an example of use of symbols or satire in modern culture (language or image). Explain your choice.