How do you explain the racism in the English-speaking world? 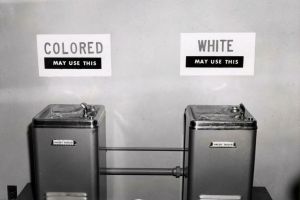 What was a bantustan?